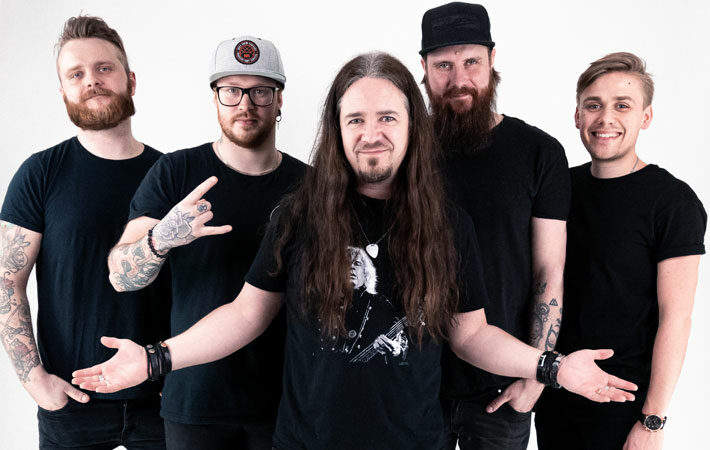 May 21, 2021 // Press Release: Safemode signs record deal with JONO Music for their upcoming album “A Golden Horizon”, with distribution via Sound Pollution.

Uppsala, Sweden May 21, 2021 — Swedish metalcore-band Safemode is ready to release their third album ”A Golden Horizon” and have signed a record deal with long time friend and ex-band member Jonatan Samuelsson’s JONO Music. Release-date is not set, but the album will be distributed worldwide via Sound Pollution.

Since their start in 2007, Swedish metalcore-band Safemode has managed to win the Swedish national music contest Rockkarusellen with 600 other bands, along with the Red Bull Bedroom Jam’s Competition. The song Another Day Will Haunt You was picked up by several radio stations across America and has currently about 875,000 streams on Spotify. Along with tours in Europe, the band has also toured in Latin America not less than four times, and another tour is planned in July 2022, if things work out well with the current COVID-19 situation.

Influences include bands like Underoath, Blindside, and The Devil Wears Prada, and are still noticeable on the new album, although the band has taken clear steps towards a more melodic sound, which should attract a larger audience.

– We have worked so hard on this album, with everything from finding the best possible sound, to write and re-write lyrics to both fit the music and actually say something. says Tjet Gustafsson, lead singer, guitarist and co-founder, he continues:

– I am so happy to, once again, work with my long time friend, Jono. And I know this cooperation will take us further than we ever have been before. This is the absolutely best album we made so far, and I am eager to share it with old and new fans all around the world.

A Golden Horizon is recorded at Safesound Studio by Johannes Karlsson, and Tarzound Studio by Tjet Gustafsson, who also produced the album. Release on CD and all major digital platforms by JONO Music, with distribution by Sound Pollution.