bob K plays its arena rock with much emotional energy, and offers a grandiose sound with dynamic arrangements accompanied by new thinking variations on the Scandinavian rock tradition.

This long journey has included everything from small club gigs for 40 people to arena concerts with 10 000 festival participants in the audience. Since the start in 2000, bob K has made over 100 concerts around Scandinavia and the Baltic states. Here, the band really has found its audience. The studio productions have been given both honors in magazine reviews, and played on radio in these countries.

In 2002 bob K won a talent contest for bands, that led to the first single Keeper Of My Soul. Shortly afterwards bob K got signed to record-label Eckworks, that released the selftitled album bob K and two singles, Believe and You Make Me Sing.

In 2008 the band released the single Save Me on their own label. From that point the musical direction changed from the previously pretty slick sound, towards a more emotionally driven and atmospheric rock. Something that emerged as new members joined the band and come up with interesting musical influences.

After another single release, Morningstar, and ten years as a band, bob K released the second album called Fragile in 2010. A major production where the magnificent and atmospheric face emotive vocals, beautiful string arrangements and honest lyrics. A 12 tracks parade which together makes a journey through life as a fragile human being.

The Fragile Tour started together with the American artist Kevin Max (Audio Adrenaline, dcTalk), in Finland late March 2010, and continued in Sweden and Lithuania. Later the same year another single, called Falling, was released.

bob K was signed up for a worldwide distribution, and Fragile was re-released on January 21:st 2011, and so was Coma, the 3:rd single from the album. The album received a warm welcome in South America, the USA and Europe, and also two of the songs reached American Effect Radio’s Top-100-chart for 2011, among well-established artists.

First single, The Escape, was released February 1:st together with a remix and music video. American Effect Radio immediately picked up the song for its Top-30-chart.

Burden, second single, released June 25:th, also found its way to the same radio chart. A music video for Burden was released the same day. Also Hagström Guitars of Sweden promoted the video, since the band was playing on a Hagström Viking in the video.

The album, entitled Noir/Blanc was released September 2:nd 2012, and the song Mayday was played frequently on American Effect Radio.

Noir/Blanc got mostly reviews from all over Europe, but the songs were also picked up by more American radio stations, and the music videos appeared in several tv-shows in South America.

Click on the cover to get more info, lyrics and listen

“Anything but gray!” Metal Integral, France

“Bob K should be one of the premier rock bands from Sweden, let´s hope this album will take them out in the world.” Roth’n’roll, Sweden

“A love relationship that grows and matures” Extended Mix, Sweden

“Like if Kent, U2 and Coldplay were wrapped in a big, wet blanket of emo” Zero Magazine, Sweden

“My big blow of heart of this winter 2010” Metal Integral, France

“Deserves a larger audience than they have had so far” MusicWaves, France

“Actually you can enjoy every song“ Ice Vajal, Germany

“Quality one expects more from a UK band than a Scandinavian outfit” Eternal Terror, Norway

bob K plays its arena rock with much emotional energy, and offers a grandiose sound with dynamic
arrangements accompanied by new thinking variations on the Scandinavian rock tradition.

Some people has said bob K sounds a bit like Kent, U2, Coldplay, Mew, Muse, Carpark North and The Killers. 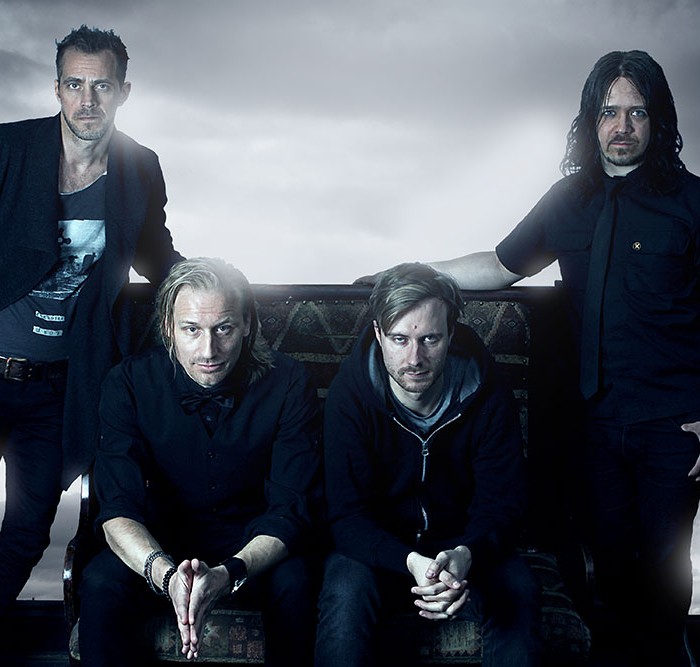