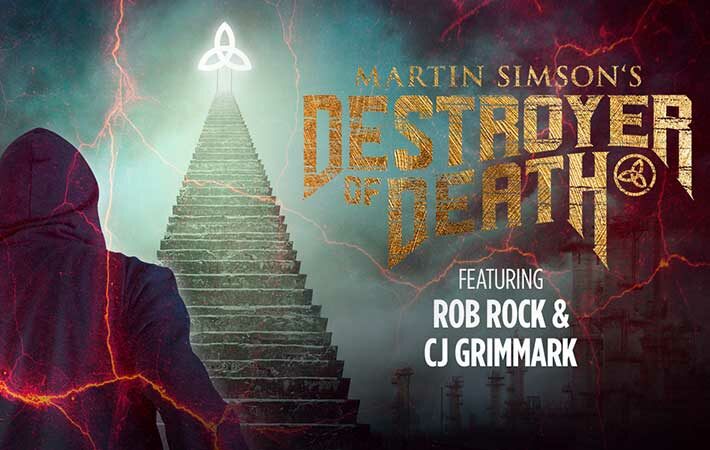 ”It’s over in a flash of 3 minutes and 47 seconds. And that’s the only thing that sucks about this single – it’s only one song! Thank goodness for the conveniently-located play button. Repeat! Repeat! Repeat! This collaboration between Simson and his uber-talented friends (Grimmark and Rock) was an idea of delight. I can’t wait to hear what’s next on the horizon, which is rumored to be other guest musicians. Bring it, Martin!”

”The song oozes melodic raw power, as Rob Rock’s vocals are a complimented with inspiring riffs, keyboard elements and CJ’s blistering prowess on guitar and thought-provoking solo’s, you can obviously hear his ultimate trademark sound which can create any excitement for the efforts that he keeps delivering.”

”If this track is a sample of what is to come with a full-length album, there is some great promise with some talented musicians and songwriting with catchy hooks. New ventures are great to bring fresh blood onto the music scene; I hope that Martin Simson’s Destroyer of Death decides to continue to pursue their new ideas.”