Press Release: Peter Carlsohn (Jerusalem, XT) releases his debut album “Out Of The Blue” today along with a music video 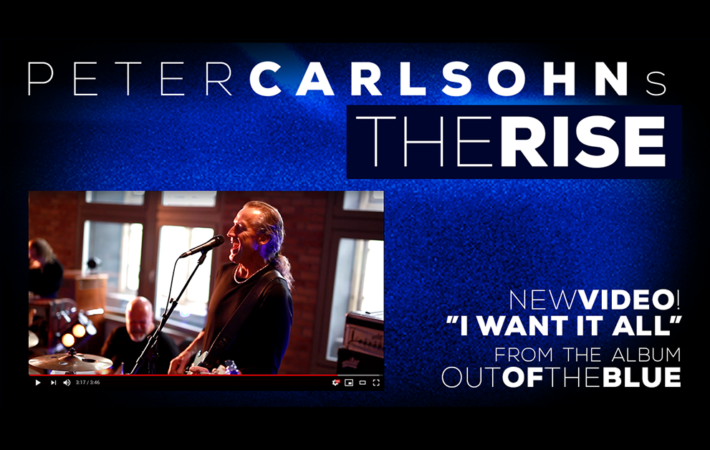 Press Release: Peter Carlsohn (Jerusalem, XT) releases his debut album “Out Of The Blue” today along with a music video

August 7, 2020 // Press Release: Peter Carlsohn (Jerusalem, XT) releases his debut album “Out Of The Blue” today along with a music video

Today, Peter Carlsohn (Jerusalem, XT) releases his debut album Out Of The Blue, along with a music video for the song “I Want It All”. The album is released by the record label JONO and distributed by Sound Pollution. Artist name for this project is “Peter Carlsohn’s The Rise”.

Today, the album Out of the Blue by Peter Carlsohn’s The Rise is released worldwide on all major digital platforms, and also available on CD, and Vinyl LP (Limited Blue Edition), via the record label JONO and distributed by Sound Pollution. Along with the album release, there is also a music video release for the song I Want It All. The video is produced by Fredrik Stjärnlöf.

This is Peter’s debut album as a solo artist, but there are quite some years of experience behind this project. Peter began his musical career in the 70s, and joined the legendary Christian rock band Jerusalem in 1980. He has recorded several albums with the band, and toured all over the world. He is also bassist for Rune Edvardsen & Red Band, and member of the band XT, with band members Björn Stigsson (Leviticus), Sonny Larsson (Motherlode), Dan Tibell (Jerusalem) and Thomas Weinesjö (Veni Domine, Cell 9, Nubian Rose).

– I am very happy with this project! These are songs from my heart. says Peter and continues:
– We have had a great time making this album, and I am so thankful to my wonderful music-friends, who helped me to put this record together. Peter concludes.