Press Release: JØRN LANDE to be featured on “Master of All”, the second single from Martin Simson’s DESTROYER OF DEATH 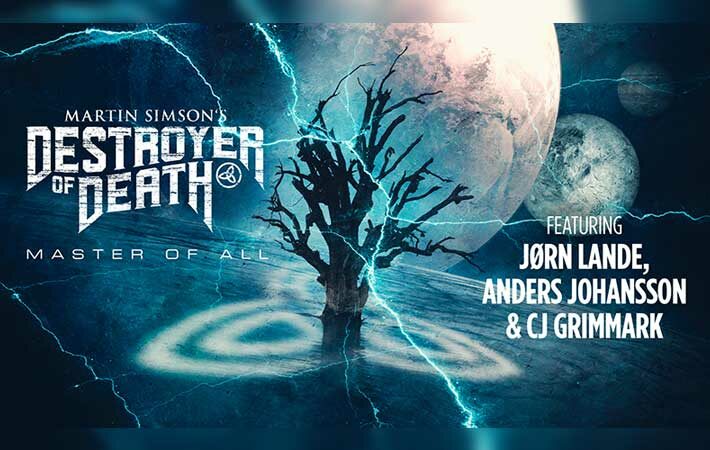 Press Release: JØRN LANDE to be featured on “Master of All”, the second single from Martin Simson’s DESTROYER OF DEATH

June 4, 2021 // Press Release: Jørn Lande to be featured on “Master of All”, the second single from Martin Simson’s DESTROYER OF DEATH

Today, Friday, June 4th, 2021, American Metal Project “Martin Simson’s DESTROYER OF DEATH” announces their second single, “Master of All” featuring Jørn Lande.Release date has been set for July 2nd, 2021. The single will be released via JONO Music (Sweden) and Sound Pollution Distribution and will be available on all major digital platforms.