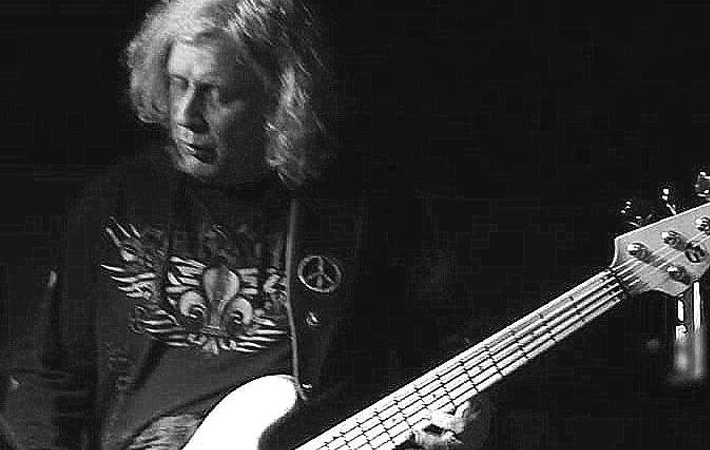 Anders Mossberg, maybe best known for being bassist in legendary rock band Jerusalem, is announcing that his instrumental album Divina, will be re-released today, July 3rd. The album is released by JONO’s record label Adora and distributed by Sound Pollution. Artist name for this instrumental series is “Viva”.

– We constantly get requests for instrumental music that creates a nice atmosphere and because of that launched our instrumental series Viva. says Jonatan Samuelsson, founder and owner of Adora and JONO.

The first artist in this series is the bass player Anders Mossberg (Jerusalem, Larm!, freelance-musician, etc.). He has played most instruments, recorded and produced the songs on Divina. Together with prominent instrumental soloists from Sweden, Norway, and Denmark such as CJ Grimmark (Narnia, Jerusalem, etc.), Lars Petter Berg (Royal Opera House, Oslo), Dan Tibell (XT, Jerusalem, Larm!), Linnéa Villén (Sønderjyllands Symphony Orchestra), and Anne Nielsen (freelance-singer/actress), Anders puts his own personal stamp on the production and the performances on this album.

Well-known hymns and worship-songs like Amazing Grace, Majesty and Find Me In The River, are mixed with lesser known songs like the Norwegian folk-hymn, Eg vet i himmelrike ei borg (I Know a Castle in Heaven).

Instrumental music, with a few wordless vocal parts. An album that works just as well in the background as being actively listened to.

Divina was released in 2018 but will be re-released by Adora/JONO via Sound Pollution today, July 3rd 2020.